Rabies in Cats: Is your cat vaccinated? 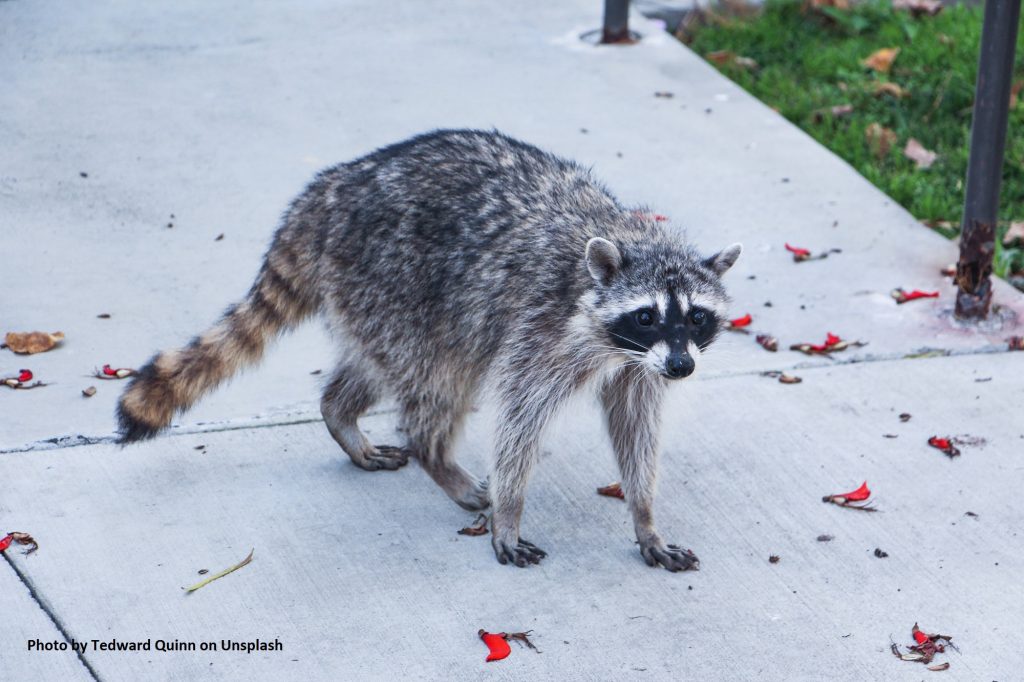 September 28 is World Rabies Day, so we wanted to focus on some important facts about rabies in cats.  When you bring your cat in for an annual check up, chances are we’ve discussed (and probably updated) your cat’s rabies vaccination. Because once a mammal (including humans) exhibits symptoms of rabies, it is almost always fatal, this is a disease worth preventing!

Rabies is a viral disease of the nervous system that is spread through the saliva from an infected animal, usually from a bite or scratch.  When the saliva contacts an open wound or mucous membrane of another mammal, the virus can be transmitted.

What kinds of animals get rabies?

Rabies can affect all mammals, although some are more resistant and rarely become infected.  In Maryland, raccoons are the major source of rabies.  Skunks, foxes and bats are also a fairly common source.  Domestic animals (dogs, cats, ferrets, and even farm animals like horses, cows, sheep and pigs) that have not been vaccinated, while rarely a problem, can also expose humans and other pets. Incidence of rabies in rabbits and small rodents (squirrel, chipmunk, mouse) is extremely rare.  Groundhogs, a larger rodent, account for most cases in rodents.  Birds, fish, reptiles and amphibians can not get rabies.

In 2019 alone, as of September 7, Maryland has had 194 confirmed cases of rabies.  Baltimore and Frederick Counties have reported the most cases, at 19 each.  Frederick, Carroll, Howard and Prince Georges Counties have all had at least one case involving a cat, although most of the cases by far are in raccoons.

An animal with rabies will exhibit many different symptoms, depending on what stage of the disease they are in.  At first, the animal will just not feel well, so may be lethargic and not have much appetite.  You are not likely to see a wild animal at this stage, but you should use caution around a stray cat who is acting sick.

As the disease progresses, within days you will see incoordination, weakness, drooling, and possibly aggression.  They may develop seizures or difficulty breathing.  Eventually the animal will become severely depressed, paralyzed or comatose.

In order to transmit the virus, the infected animal will almost always be showing some signs of disease at the time of exposure or soon after.  A healthy-looking cat or racoon who is cornered and thus bites someone is not necessarily rabid; however because the disease is highly fatal, any exposure should be taken seriously.

How do I know if an animal has rabies?

Unfortunately, there’s no good way to diagnose rabies other than looking at a piece of the animal’s brain tissue.  This is not something that we can obtain from a living animal.  So if you or your cat have been bitten or scratched by a wild animal, it is best if you can capture the animal and contact the Health Department to see if testing is recommended.

OK, what about rabies in cats?

While feral cats are an uncommon source of rabies for you or your cat, they are usually not vaccinated and therefore are always a potential threat.  There have been cases in Maryland of exposure to people from handling a feral cat or even kitten who is ill, that later turns out to have had rabies.

Vaccination is highly effective in preventing rabies in cats.  If you have a stray cat that is “hanging around” your house, it would be wise for you to try to catch the cat and at least get it vaccinated for rabies.  You can use a Humane trap.  That way you don’t have to handle the cat yourself, if you have not observed the cat enough to know that it’s healthy.  Montgomery County hosts several free or low cost rabies vaccination clinics each year.

While you’re at it, neutering strays also helps. It reduces the population of unwanted cats. It also reduces the tendency for territorialism and fighting (and thus potential exposure to a rabid animal!).  There are low cost Trap-Neuter-Release programs, such as the Maryland SPCA program.

What about my indoor-only cat?

Maryland law requires ALL cats over 4 months of age to have a rabies vaccination.  You may wonder why you need to worry about your indoor-only cat.  Here are several examples of (real life!) cases where an “indoor only” cat had possible rabies exposure:

Now here’s the scary part.  Here are the recommendations from the CDC regarding what steps to take if your unvaccinated cat has known exposure to a rabid animal:

“Following an exposure to rabies, dogs, cats, and ferrets that have never been vaccinated against rabies should be euthanized immediately by an animal health professional because there are no USDA-licensed biologics for postexposure prophylaxis in previously unvaccinated domestic animal. The vaccine alone will not reliably prevent the disease in these animals.

If the owner is unwilling to have the animal euthanized, the animal should be placed in strict quarantine for 4 (dogs and cats) or 6 (ferrets) months. A rabies vaccine should be administered at the time of entry into quarantine. Every effort should be made to vaccinate the animal within 96 hours of exposure.”

Have we convinced you yet that it’s important to keep your cat’s rabies vaccination current?

My vet said I shouldn’t vaccinate my cat for rabies…

Sometimes there are valid reasons for the health of the cat, when we feel you should not vaccinate your cat.  When a cat is sick, they are not likely to mount a good, lasting immune response to a vaccine at that time.  If the illness is temporary, we will usually recommend re-examination after a period of time, and we’ll vaccinate then if all is well.  Sometimes the cat has an allergic reaction to a vaccination.  We usually can prevent that in the future with medication, but not always.  Some older patients have other health problems that make vaccinating too stressful for their body to handle without risking aggravating the other conditions.  We will discuss these concerns with you to arrive at a decision based on the risks to your cat.

I get it, rabies in cats is important to prevent!

We usually time your cat’s annual exam to coincide with the due date for the rabies vaccine.  We’ve just convinced you that it’s important to get your cat’s rabies vaccination updated regularly.  But it’s even more important for your cat’s health to make sure they get their annual wellness exam.  We want to keep your fur-babies as healthy and happy as possible!  The annual exam allows us to discuss any concerns you’ve been having. We will also do a thorough physical exam to look for any abnormalities that we can catch early before they become bigger health concerns.

So celebrate World Rabies Day!  Spread the word, catch up your indoor cat on health care, or vaccinate that stray that’s been hanging around.  You can rest easy knowing you have protected your beloved kitties.  And you are protected as well!